Chevron’s Pascagoula Refinery is committed to protecting air quality and employs effective measures to manage and reduce emissions from our operations.  The refinery uses various types of control technology to reduce pollutants. We monitor and analyze emissions control equipment to ensure plants are operating within air quality standards and limits. 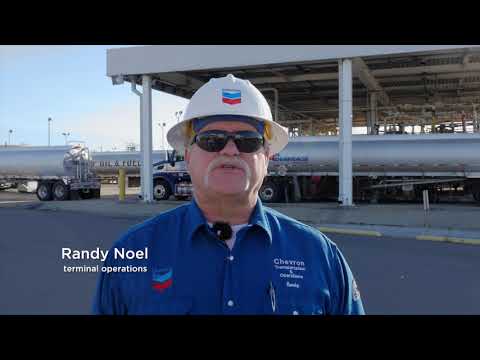 Nitrogen oxides (NOx) and Sulfur dioxide (SO2) emissions at Pascagoula have decreased by 76 percent since 2005. This has been achieved as part of an ongoing effort which includes:

The refinery continues to seek opportunities to reduce Volatile Organic Compounds (VOCs) emissions. The refinery manages several inspection, leak detection and repair programs for various types of equipment such as valves, pumps, cooling towers, and tanks. Vapor recovery systems are used to control VOC emissions from loading operations at the wharf and marketing terminal. Lastly, emissions from toxic chemicals are reduced by using, devices such as carbon absorption canisters.  These canisters control toxics such as benzene.

A flare is a safety device used to eliminate excess pressure buildup in the refinery. Whenever pressure in the plant begins to rise, the material is safely diverted to a relief system where it is burned in smokeless flares. These flares turn hydrocarbon vapors into harmless water vapor and carbon dioxide. Flares are designed for this process, so there is no need to be alarmed when you see them doing their job.

Occasionally, you may see smoke coming from the flares. This may happen during an unplanned shutdown when steam cannot be added to the system quickly enough to eliminate smoking. Fortunately, these events are infrequent and are usually of short duration.

The refinery continues to employ new technology and procedures that reduce waste generation or recover waste and transform it into useful products. We reduce waste by decreasing waste sources, recycling, using less hazardous materials, and reprocessing materials inside the refinery.

Several examples of these recycling practices are listed below:

Chevron’s Environmental Management Company (EMC) has actively managed a corrective action program at the refinery since the 1990’s.  Corrective action is a program designed to investigate and guide the cleanup of any contaminated groundwater or soil from spills or releases that have occurred in the refinery over years of operation.

In September 2009, the Pascagoula Refinery attained a significant environmental milestone. The refinery achieved the U.S. Environmental Protection Agency’s designation of “Corrective Action Remedy Construction Complete With Controls,” known as the CA550. This designation is the culmination of more than 32 years of work investigating and installing technically sound and innovative means of controlling and cleaning waste on refinery property. The refinery has spent approximately $100 million on corrective action work of this kind since 1998 and EMC continues to manage various remediation projects in the refinery today.

In 2015, the EPA published a new rule requiring all petroleum refineries to conduct monitoring for benzene emissions along facility fencelines beginning in 2018.  The program is intended to help refineries know where emissions or other problems may be occurring and is an addition to existing monitoring, leak detection routines and environmental permits. In accordance with EPA guidance, Chevron’s Pascagoula Refinery is conducting monitoring and reporting its readings to the EPA.  This data became available to the public through the EPA beginning June 14, 2019.

The Pascagoula Refinery collects air samples from 22 fixed locations around the property boundary. Chevron analyses the monitoring data to identify and address potential sources of benzene emissions.  The refinery exceeded the action level, performed the required root cause analysis and is taking the necessary corrective actions.  Chevron has taken steps to improve performance including additional testing and piloting of new monitoring technology .

Protecting people and the environment is one of Chevron’s core values, and we strive to operate safely and responsibly in all our locations. As long-time community partners in Jackson County, we are committed to continuing to improve this site’s environmental performance.

Air sampling and reporting to the EPA is a continuous process, and new data will continue to be collected, provided to and available via the EPA
For more information about the EPA Petroleum Refinery Fenceline Monitoring rule, visit the EPA's reporting website.